Some of our services appear not to be working at the moment.

Our team has been notified, and is working on sorting out the issue.

Chainmonsters prides itself on being a very portable game which allows you to play your account on many different devices.You can start an account on Android, log in on your PC, then later decide to play on your iPad, the account can seamlessly be used on multiple devices.

Platforms we will be publishing on

Why don't you support Linux?

We looked closely at supporting Linux in our process though unfortunately it shows to be a lot harder than seems worthwhile.Play On Linux reports that as of February 2021 Linux accounted for roughly 0.81% of the Steam player-base.

Luckily Steam on Linux does have experimental support for running Windows games on Linux with the use of a system called Proton.You'll need to activate proton and support for all titles in SteamOpen Steam on your Linux DesktopNavigate to the settings page 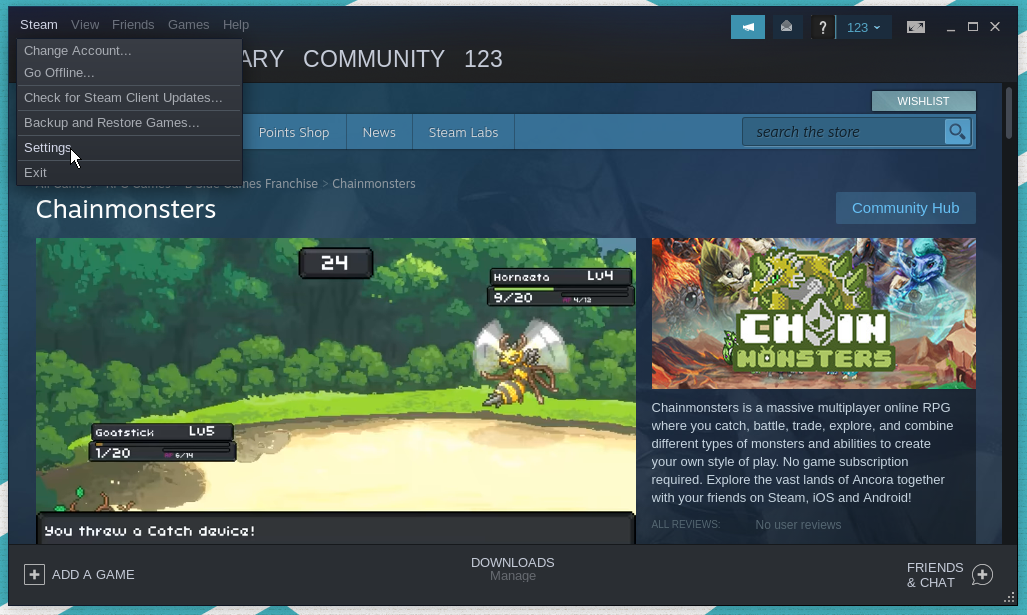 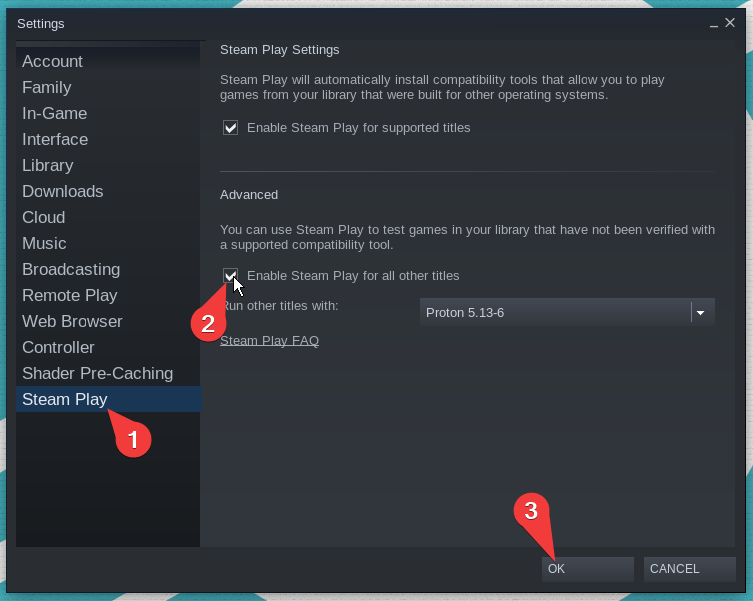 Click "OK" and restart steam.You'll now be able to download and play Chainmonsters on LinuxPlease note: This isn't an officially supported method - any bugs that occur due to this cannot be fixed by us and instead should be reported to the proton team

Was this article helpful?